As with many groups, the pandemic has led us to rethink our priorities and work. What has become clear in the past few months is that open access has become newsworthy in itself, and important for the wider community. The challenge for the next few months is to continue to make the case carefully for open access – in particular by highlighting news from our region and around the world. We regard this newsletter as key to this effort and encourage you to share it widely and encourage colleagues to sign up. Given how much news there is at the moment, we definitely can’t include everything. We welcome any suggestions for specific or general topics to include.We’re expecting a theme for this year’s international Open Access Week to be announced very soon. We’re already in the process of planning some exciting events for this region. Please let us know your plans and we can add them to our website. If you need some inspiration have a look at some of the events from last year’s festivities.

Joining our community of practice in Australia is a great way to support open activities and share ideas, whether you are new to OA or wanting to discuss specific topics. We also participate in the New Zealand community of practice. Contact us here for more information.

cOAlition S leaders to speak in next AOASG webinar

The Australasian Open Access Strategy Group, in partnership with cOAlition S, will present a webinar to highlight and discuss the new Plan S Rights Retention Strategy. Ginny Barbour, Director AOASG, Robert Kiley, Head of Open Research at Wellcome and cOAlition S Coordinator and Johan Rooryck, Executive Director of cOAlition S will answer any questions you may have about this initiative.

Contributions to the newsletter or the blog, especially notice of upcoming events, are welcome. Contact us here.

Late last month, Australia’s National Treasure -Trove began showing off its new look website and promoting its new collections (including a wide range of data). For more than 10 years this collaboration between the National Library of Australia and hundreds of partner organisations around the country has been helping researchers connect and bring more freely available, digitised items to an increasingly online community. Have a look.

It won’t be easy to keep COVID OA open

The Conversation article from Ginny Barbour talks about how the opening up of research on the coronavirus pandemic should be the new normal, but likely won’t be without concerted action.

The Australian Research Management Society (ARMS) is calling for submissions of impact case studies, and has developed a template, with a view to identifying skills to share with research management professionals. Visit the ARMS website for a copy of the template.

ANU Press in the time of Covid-19

James Fox, Chair of the Advisory Board of the ANU Press, discusses the history and current activity of ANU Press, which since March 2020 has seen a 44% rise in downloads.

Copyright laws to be reviewed

The Australian Federal Minister for Communications, Cyber Safety and the Arts, the Hon Paul Fletcher MP has announced copyright reforms: ‘The reforms will set up a scheme to allow the use of material if the copyright owner cannot be found, introduce a fair dealing exception for non-commercial quotation, simplify and update copyright exceptions for educational and cultural institutions, and streamline the government statutory licensing scheme.” The ALCC has welcomed these reforms.

AOASG Director, Ginny Barbour spoke at a research symposium organised at QUT on 29 July 2020: IP & education in the age of COVID-19. The presentation is here.

Ginny Barbour will be speaking at this regional meeting on 21st August, which is hosted by Malaysia.

International Open Access Week, a global event now entering its thirteenth year, is an opportunity for open access advocates to engage their communities to discuss the potential benefits of Open Access, to share what they’ve learned with colleagues, and to help inspire wider participation in helping to make Open Access a new norm in scholarship and research.

We’re expecting a theme for 2020 to be announced very soon, and are planning an exciting schedule of online events for October 19-23.

A new survey has been put together which is part of the Diamond Open Access Study commissioned by cOAlition S. Diamond OA is the publishing model where research is both free for authors to publish and free for readers to access. They are calling for assistance in three ways:

The cOAlition S organisations will change their grant conditions to require that a Creative Commons Attribution licence (CC BY) is applied to all author accepted manuscripts (AAMs) or versions of record (VoR) reporting original research, supported in whole or in part by their funding. The AAM should be then immediately available at the time of publication. This rights retention strategy give researchers supported by a cOAlition S Organisation the freedom to publish in their journal of choice, and provides a huge boost to repository-based OA. Read more.

In other cOAlition S news, they have awarded the tender to develop the Plan S Journal Checker Tool to Cottage Labs, a data services and software company experienced in managing OA data. This tool will be very important for the retaining rights policy. Read more.

In the theme of progressive OA policies, the Michael J Fox Foundation, which funds research into new treatments and cures for Parkinson’s disease, has just released its new Open Access publication policy.

The first meeting was held in July. The 2-day online meeting gathered the 30 members of the Advisory Committee, along with some ten observers from UNESCO Permanent Delegations and the international scientific community dealing with Open Science. Read more. 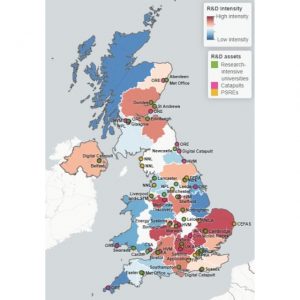 The UK has released their R&D Roadmap with the requirement that research outputs funded by the UK government are freely available to the taxpayer to ensure that UK research is cited and built on all over the world. They will mandate open publication and strongly incentivise open data sharing where appropriate, so that reproducibility is enabled, and knowledge is shared and spread collaboratively.
They will ensure that more modern research outputs are recognised and rewarded. “Crucially, we must embrace the potential of open research practices”. Read more.

SPARC has made publicly available its Big Deal cancellation tracking data on a Google spreadsheet. 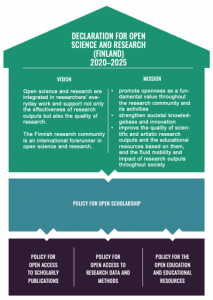 Finland’s research community will draft policies for four areas in its declaration for open science and research 2020–2025. They are:

Also in Canada, there is a new report in which CARL Member Libraries Quantify Their Investments in Open Scholarship. Read more.

Catherine Stihler has been appointed the new CEO of Creative Commons. Catherine is the CEO of the Open Knowledge Foundation, and was a member of the European Parliament as a Scottish Labour Party politician (becoming the UK’s youngest MEP at the age of 25).

College librarians who recently led their institutions through a fast-tracked Big Deal cancellations shared how they navigated the process in a SPARC forum this month. The event focused on how the process of preparing for and executing a cancellation differs when the timeline needs to be compressed to a few months. Read more.

All of the records of the OpenAIRE COVID-19 Gateway (https://covid-19.openaire.eu/), Covid-19 publications, datasets, software and projects metadata are available in one place. View here.

The Internet Archive has fired back at the law suit filed against it by publishers over its National Emergency Library initiative which began in March as a response to Covid-19. The controlled digital lending system aimed to make almost 1.4 million books temporarily available to anyone who wanted them until the end of June or the end of the pandemic, without a wait list. Hachette Book Group, HarperCollins, John Wiley & Sons, and Penguin Random House filed a copyright infringement lawsuit in June claiming the site was a hub of piracy that had cost authors untold millions. The archive has filed its response accusing the publishers of digital book burning which is “unprecedented and unfairly disadvantages people with print disabilities.”

Former US Sec of Homeland Security calls for Open to stay

President of the University of California and former US secretary of homeland security, Janet Napolitano writes in Inside Higher Ed that after the COVID-19 crisis, the world can’t revert to its old ways of restricting knowledge and having tax payer funded research locked up behind paywalls. She says, “years from now, we will look back at this pandemic as a historic time of incredible challenges, disruption and anguish. But I hope we will also remember it as an inflection point — the end of restricting knowledge to a privileged few and the dawn of a new era in scientific progress.” Read more.

In anticipation of Peer Review Week 2020, and in consideration of the theme Trust in Peer Review, Delta Think is currently surveying broadly to determine whether COVID-19 has had an impact on perceptions of preprints. The survey is open to everyone with an interest in scientific outputs.

Europe PMC is now indexing full-text preprints related to the COVID-19 pandemic and the SARS-CoV-2 virus, as well as the underlying data. Read more.

How to cite preprints 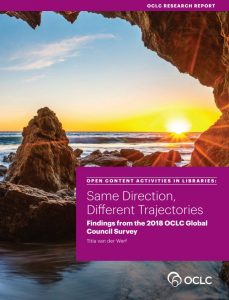 The OCLC has published its 2018/19 Survey of Open content Activity in Libraries. The report, Same Direction, Different Trajectories is the culmination of efforts from across the OCLC membership to answer the question “What is the status of open access and open content in libraries across the globe?” The underlying open content survey was conducted in 2018-2019 by the OCLC Global Council in partnership with staff from OCLC Research. Read more.

Science Europe has put out a position statement & recommendations on Researcher Assessment processes. The document presents a set of policy recommendations that can be used as a framework to guide the evaluation of these assessment processes. They were developed following an extensive study performed in 2019 and a comprehensive consultation process, and are intended for both Science Europe Member Organisations and other research organisations. Read more.

CERN-hosted open access repository, Zenodo has stopped using the Altmetrics badge on its records, after the free service was discontinued. Zenodo has decided the badge is not aligned with its core value of Open Data. They will now look for a solution based on Open Data that enables users to discover the online conversation about their work, and make this solution available for other repositories to use via the InvenioRDM platform. Read more. 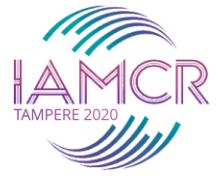 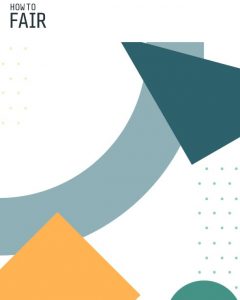 Many conferences have been postponed. Some of those being held online are below.

This is a great time to get in touch with (or even start!) local and online initiatives such as Hacky Hours. AERO has a list of resources here.

We can’t cover everything here! This is a curated list of items that caught our eye and/or which seem especially relevant to OA in this region. For daily updates the best source is the Open Access Tracking Project or if you prefer to be more selective, our Twitter account which has posts throughout each day.

The newsletter archive provides snapshots of key issues throughout the year. Other ways to keep in touch with discussions at AOASG include joining our community of practice calls or the listserve.