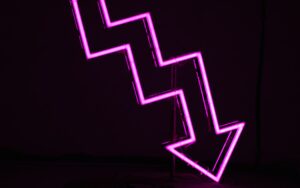 In a global sense, the world of scholarly communication is small, and this year has seen more consolidations and mergers of some of the big players, potentially making it even smaller.

This acquisition had been opposed by the Scholarly Publishing and Academic Resources Coalition (SPARC) who had filed a detailed antitrust brief outlining concerns about the merger in the US Federal Trade Commission.

SPARC’s Heather Joseph said the outcome is “deeply disappointing” and that the merger “pushes this market to the brink of a monopoly and tilts control of the research ecosystem further toward the largest commercial players, and away from the best interests of the research community.”

She said the move will give libraries fewer options and higher prices.

In announcing the sale, KU’s Managing Director Sven Fund said he believed he was doing the right thing for the future of the company and that Wiley shares KU’s commitment to making open access “simple and easy for everyone.”

“My conversations with the Wiley team have been based around the values that are at KU’s core and that I never want to see compromised. Interoperability, openness and bibliodiversity have always been at the core of our activities, as has the entrepreneurial spirit and quest for sustainability in a field that is largely dominated by state-sponsored initiatives that do not have to earn the money they spend.”

For its first four years of operation KU was a UK-based not for profit, but much of it was bought out in 2016 and until the purchase was operating as a limited liability company.

Such mergers and sales illustrate how the lack of ongoing financial support for essential knowledge infrastructure such as repositories and for innovation in scholarly communication has made the move to open science so challenging. Sadly, they may well be inevitable outcome of an industry that as currently configured is unable to respond to 21st century challenges. The work of Invest in Open Infrastructure  – an initiative dedicated to improving funding and resourcing for open technologies and systems supporting research and scholarship – is becoming increasingly important.

Photo by Ussama Azam on Unsplash