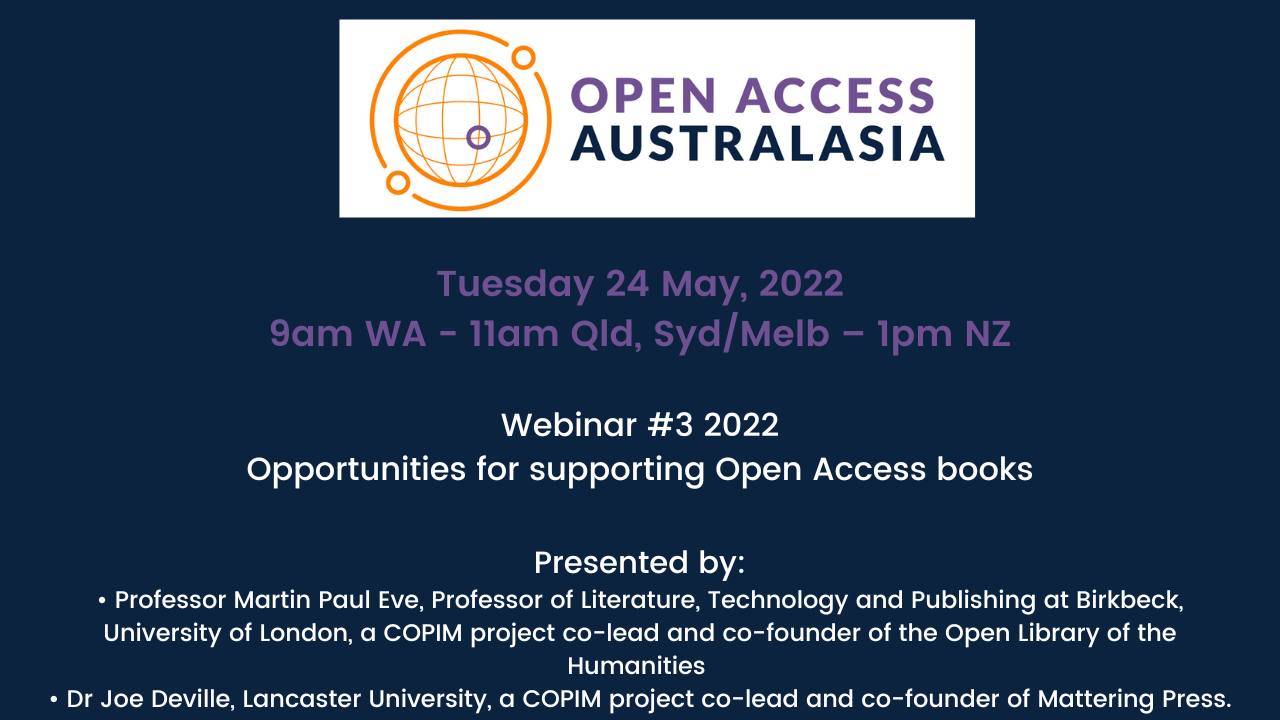 Speakers from the COPIM Project (Community-led Open Publication Infrastructures for Monographs) will present on the challenges facing libraries seeking to support Open Access (OA) for books. The first presentation will highlight the growing number of OA monograph initiatives, including COPIM’s own Opening the Future programme, and will place these in the context of the wider landscape and OA mandates/policies (eg: Plan S). A second presentation will discuss collaborative approaches for libraries and publishers and will showcase other elements of COPIM’s own work in this space, including Open Book Collective, and Thoth: all OA monograph partnerships between libraries, publishers and infrastructure providers.

2020 and 2021 saw the emergence of several new OA monograph initiatives based on collective library funding. MIT Press launched Direct 2 Open, the University of Michigan Press started their Fund to Mission, and two university presses in Europe (Central European University Press and Liverpool University Press) launched Opening the Future collective funding programs, supported by the COPIM project. As other schemes emerge, libraries will increasingly need to be able to navigate and assess OA funding schemes more simply. OA monograph publishing needs to be sustainable not just for publishers, but also for libraries whose support they need. Libraries are already wrestling with transformative agreements, author affiliations and legacy subscriptions. How might they begin to evaluate which OA book programmes align best with their institution and deliver the most benefits important to them?

Meanwhile major funders, such as the cOAlition S group in Europe and UKRI in the UK, have recently published new policy statements that include OA books. It seems clear that candid discussion on OA book publishing – between libraries, publishers, and infrastructure providers – is highly relevant to OA Australasia attendees.